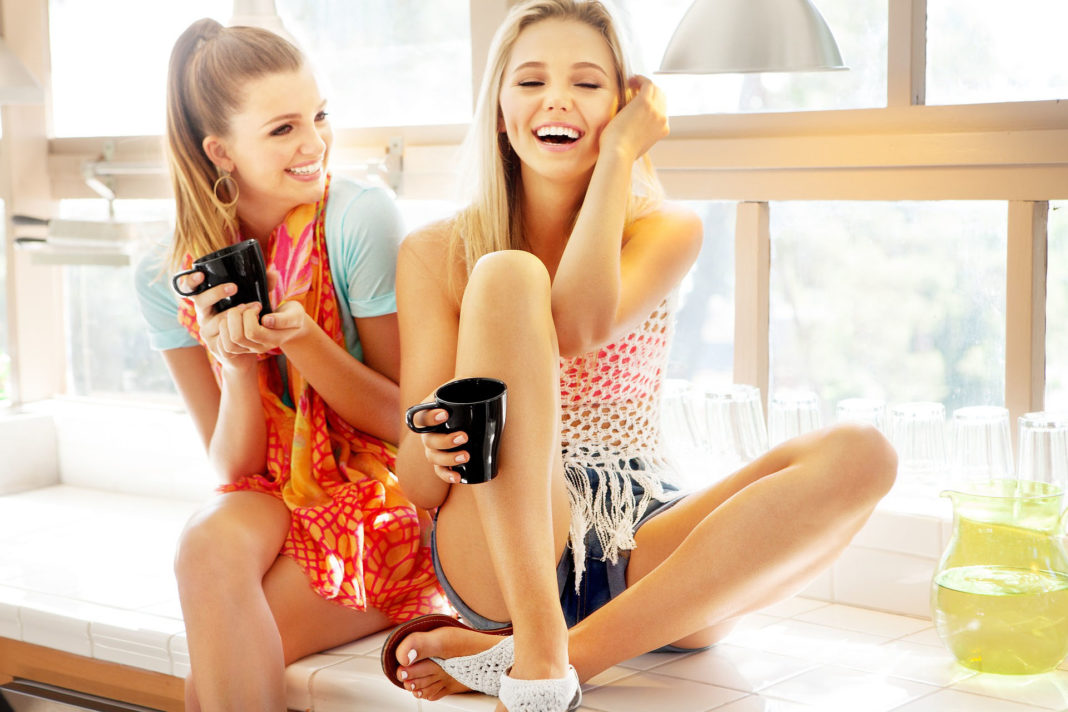 You spend so much time trimming, shaping, buffing, and painting your nails (or having someone else do all of that for you), but you probably don’t spend much time looking at them bare. And that means you may be missing spots, stripes, and odd colors that could indicate that something’s up—in a bad way—with your body.

While nothing replaces a visit to your physician for a proper diagnosis, checking your fingernails for the following abnormalities can help you spot early warning signs, so wipe off that polish and take a glance.

The problem isn’t so black and white when it comes to white nails. If your fingernail beds are looking a little ghostly, you may have anemia, a blood disorder characterized by a low red blood cell count. “Anemia resulting from low levels of iron can lead to inadequate oxygen in the blood, which causes the skin and tissues to become pale, particularly the tissues under the nails,” says Shilpi Agarwal, M.D., a board-certified family medicine and integrative and holistic medicine physician in Los Angeles. Be sure you’re consuming good sources of iron, including green leafy vegetables, beans, and red meat, to boost your levels.

More seriously, pale nails could also be a sign of early diabetes or liver disease, both of which can lead to impaired blood flow. “When diagnosed early, diabetes can often be controlled with dietary changes,” Dr. Agarwal says. Avoid processed foods with refined sugars and carbs, and eat more fiber, vegetables, and whole grains. “These will help stabilize blood sugar levels and limit circulatory damage caused by uncontrolled sugar levels,” she says. For liver disease, a trip to the doc for testing is a must-do for accurate diagnosis.

Yellow nails certainly don’t look pretty, and what causes the hue is even grosser: “Thickened nails, with or without a yellow-ish tone, are characteristic of fungal infections that generally traverse the entire nail bed,” Dr. Agarwal says. She adds that topical medication is often no help since the infection is in the nail bed and underlying nail plate. Your doctor can prescribe an oral med, which will reach the entire breadth of the infected nail.

Even if you diligently check your skin for questionable moles monthly, you likely overlook your nails, a place where dangerous melanoma often goes unnoticed. “Dark brown or black vertical lines on the nail bed should never be ignored,” Dr. Agarwal warns. “These can be a hallmark sign of melanoma, which requires early detection and treatment.”

Leave your nails bare periodically so you can examine them, then go get a mani. “Sunlight is unable to penetrate through polish, so any shade other than a clear coat will provide an adequate barrier from the sun,” Dr. Agarwal says. Smart idea since your nails’ smooth surface makes it hard for sunscreen to be absorbed into the nail.

Depressions and small cracks in your nails are known as “pitting” of the nail bed and are often associated with psoriasis, an inflammatory disease that leads to scaly or red patches all over the body. “Individuals who suffer from psoriasis develop clusters of cells along the nail bed that accumulate and disrupt the linear, smooth growth of a normal nail,” Dr. Agarwal explains. “As these cells are sloughed off, grooves or depressed areas are left behind on the surface.” A physical exam is often all you need for a diagnosis, after which your doctor may recommend topical, oral, or injected medications or light therapy.

Breaking a nail can be a bummer, but if your tips seem to crack at the slightest touch, it could mean your thyroid is amiss. This gland in your neck regulates metabolism, energy, and growth, and too little thyroid hormone often leads to hair loss, brittle and thin nails, and nails that grow slowly, Dr. Agarwal says.

Thyroid disorder also manifests itself by causing your nail plate to separate from the nail bed in a noticeable way. “Lifted nails are thought to occur because the increase in thyroid hormone can accelerate cell turnover and separate the nail from its natural linear growth pattern,” Dr. Agarwal explains.

Brittle, thin, slow-growing, or lifted, see your physician ASAP for a simple blood test that can check for thyroid disorder, which can be treated with medications.

Stripes on your nails are only a good thing if they are painted on. Horizontal white lines that span the entire nail, are paired, and appear on more than one nail are called Muehrcke’s lines. These could be an indication of kidney disease, liver abnormalities, or a lack of protein and other nutrients, Dr. Agarwal says. “They are thought to be caused by a disruption in blood supply to the nail bed because of underlying disease,” she explains.

Shorter horizontal white marks or streaks, however, are likely just the result of trauma to the base of your nail. These may last from weeks to months and usually will disappear on their own.

A blue face is a clear indication that someone’s lacking airflow, and blue nails mean the same thing—you’re not getting enough oxygen to your fingertips. This could be caused by respiratory disease or a vascular problem called Raynaud’s Disease, which is a rare disorder of the blood vessels, according to Dr. Agarwal. Some people just have slower blood circulation, especially when exposed to cold temperatures, she says, but have a physician check your blood and oxygenation levels if your nails are persistently blue.

ABOUT US
New Age of manicuring-The best suggestion and user tips from EC®, Professional Gel Polish Manufacturer. Everyone has the chance to get FREE GEL GIFTS.
Contact us: info@ecnail.com
FOLLOW US
© EC COSMETICS Nail World-Gel Polish & Manicure Paradise
MORE STORIES

gelike® - December 26, 2018
0
DO: STOCK UP ON CUTICLE OIL CORBIS IMAGES Polish removers, freezing temperatures, and other external factors can dry out your nail plates—upping your chances of a...